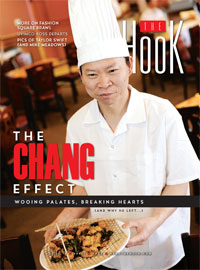 Last fall, word that a famous Szechuan chef had quietly set up in Charlottesville had foodies salivating. There was a small newspaper mention and online chatter from groupies who track his every move, but after a March 1 story in the New Yorker, diners went into a feeding frenzy.

“We were surprised that it became so popular so fast,” says restaurant co-owner John Rong during a lunch time interview last week. “We noticed business going up after the story in the Hook, too, but when that story in the New Yorker come out…”

Indeed, sophisticated palates from Richmond and D.C. began making pilgrimages to Taste of China, where— even on cold winter evenings— lines could be seen snaking out onto the sidewalk of the north wing of Albemarle Square Shopping Center.

The DTM is a news website and newsletter that features independent reporting, curated news, and commentary. Check it out and subscribe!